At its most basic level, Transport Layer Security (TLS) is an algorithm that encrypts all your internet traffic and helps you stay secure online. To be more precise, it is a protocol used to encrypt web-based communications between a client and a server using suites of cryptographic algorithms. Before TLS can be used in communication, the client and server go through a process known as the TLS handshake.

TLS fingerprinting is the identification of a client based on the fields in its Client Hello message during a TLS handshake.

Uniquely identifying a client can also be helpful for anti-fraud use cases, as malicious users often will try to conceal their identity to perform multiple fraudulent activities on a website. While identifying users using cookies and browser fingerprinting, TLS fingerprinting can be another accurate identification layer to your anti-fraud stack.

In this article, you’ll learn the inner workings of TLS fingerprinting and how it can put you in a better position to understand your network and traffic sources and protect your website against fraud.

The handshake process begins with the client requesting the server initiate a secure session. Since a TLS protocol has multiple versions and encryption options, the client first sends over its supported encryption methods (also known as cipher suites) and current TLS version in a Client Hello message to start a communication with a server.

A few more steps in the handshake process are not relevant for the TLS fingerprinting.

They should arrive at the same result.

When the client and server are securely and symmetrically encrypted, the TLS handshake is complete.

This entire process is illustrated in the diagram below. 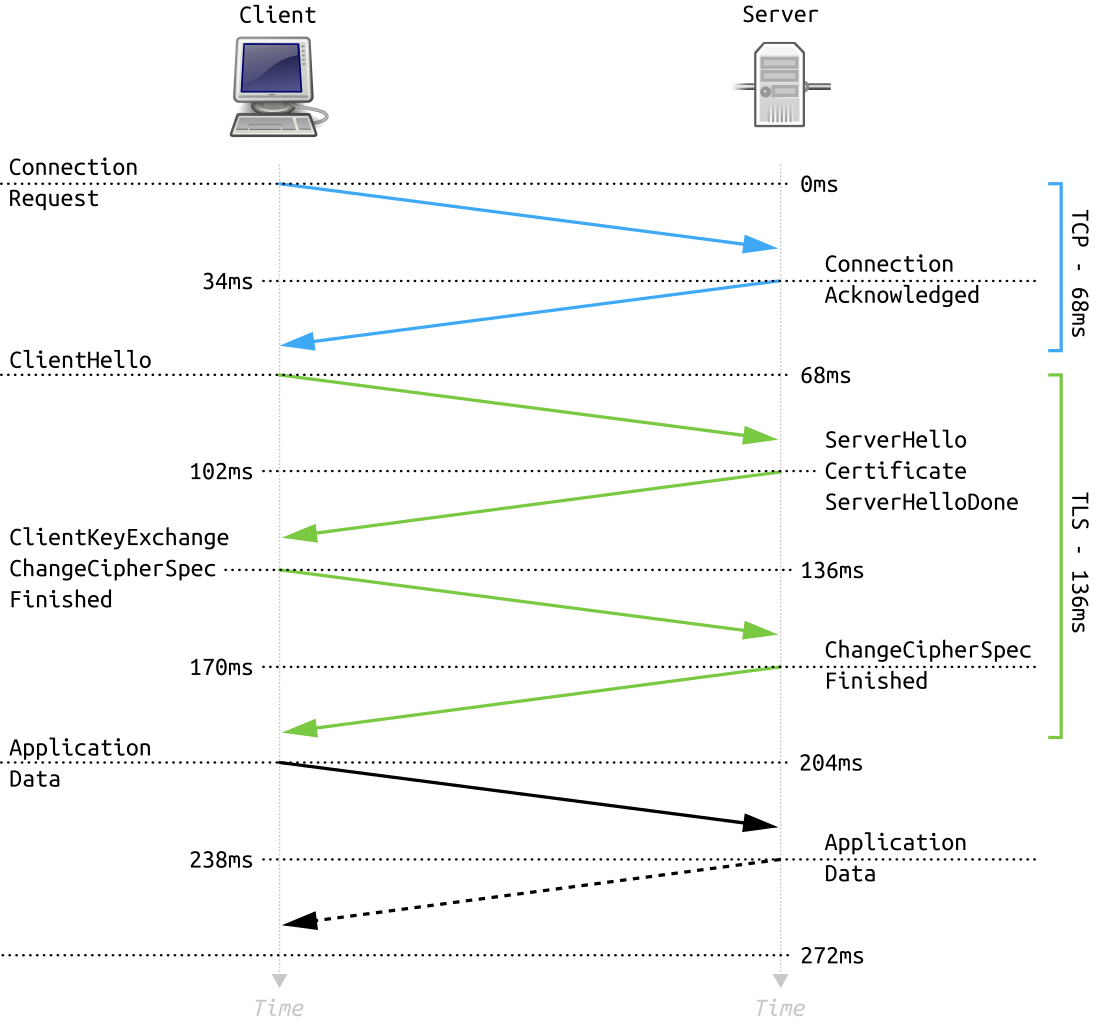 With TLS fingerprinting, you can identify the TLS library used by the client and compare it with what is expected from the library. Each library is different and therefore supports other ciphers in a separate order.

In the following image, I connected to the same GitHub repo using Firefox 91 and Google Chrome 93. The secure connection details show both browsers’ preferred cipher and TLS versions.

Finally, versions of a particular browser (eg, Chrome 81 and 93) contain a different list of preferred ciphers.

JA3 was developed by a team at Salesforce and open-sourced in 2017. It gathers the following fields in the Client Hello during the TLS Handshake:

Once it has these fields, it combines them in order, using a comma to delimit fields and a hyphen to delimit each value in the field.

The resulting string is converted to its MD5 hash equivalent, easily consumable and shareable. This string is the JA3 SSL client fingerprint; you can compare this with known application fingerprints to indicate whether a client app is malicious.

JA3S is for the server-side of SSL/TLS communication.

JA3 has its limitations. Theoretically, two client apps have the same JA3 fingerprint, which can prove less helpful in differentiating a legitimate app and a malicious one. This is where JA3S comes into the picture.

The fingerprint is generated using the following fields from the Server Hello:

JA3 and JA3S offer insurance against the possibility that malware and a legitimate app might generate the same MD5 hash. Reducing false positives is more efficient for detection or blocklisting, as noted by John Althouse on Twitter.

A bot is an application programmed to perform specific actions on other devices often resulting in a cyberattack. In some cases, a network of these devices are used to complete larger scale cyberattacks, commonly known as a botnet. Researchers can track botnets to identify what they have in common, such as some form of malware, and then share the research results with the security community in the form of IOCs (Indicators of Compromise).

These IOCs will contain specific details, like the TLS library that the malware has employed to secure its communication, as documented by Sophos in early 2021, nearly half of malware now uses TLS to conceal communications.

When you use TLS fingerprinting on your network, you can compare the results with the IOCs to determine if the connected client is infected with malware and thus a bot.

Of course, that’s not the end of it. Malware authors know about TLS fingerprinting and are taking steps to circumvent it with what Akamai describes as cipher stunting.

Once you identify a bot, you can block its IP address or employ a bot protection service. And if you’re a webmaster, web developer, or planning to deploy a website that asks users for some form of input, you should implement a CAPTCHA.

Distributed Denial of Service (DDoS) is an attack that aims to overwhelm a target website or infrastructure with junk traffic using a botnet. One notable example is the Mirai botnet, which attacked Dyn in late 2016, resulting in the unavailability of top sites like Twitter and Reddit.

Once you detect a surge of traffic to your website or network, investigate the Client Hello messages of all connected devices. If these devices are infected with the same malware (which is the case of a DDoS), the cipher suites in their Client Hello fields will be the same.

For example, I used Firefox 91.0.2 to connect to GitHub three times simultaneously. You’ll observe that the cipher suite is the same in the following images. Only the session key differs. 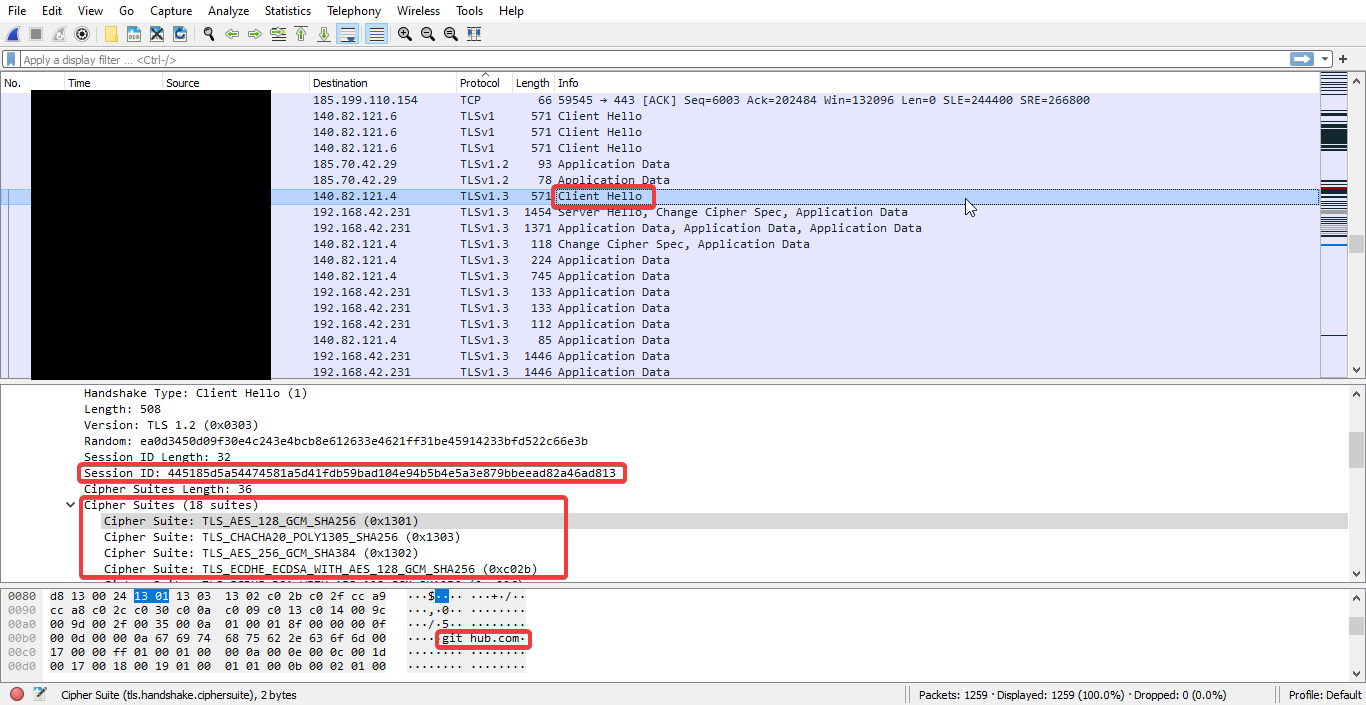 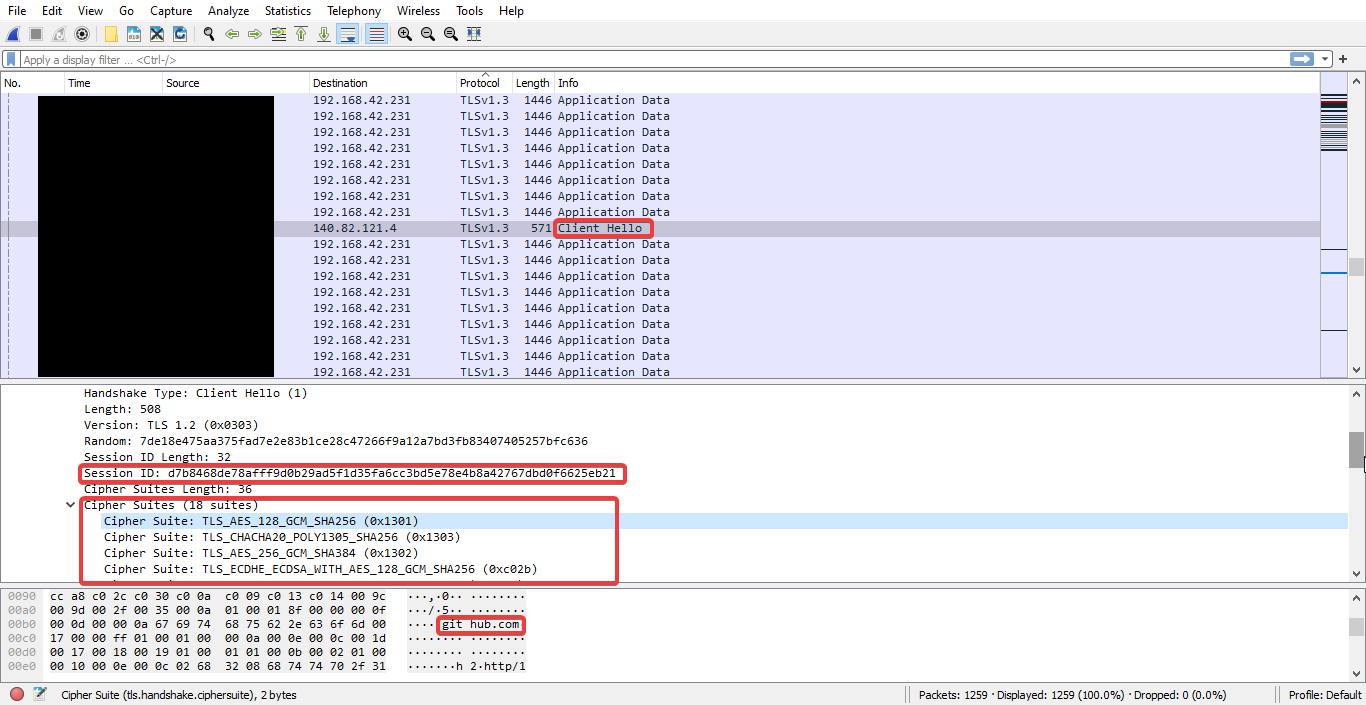 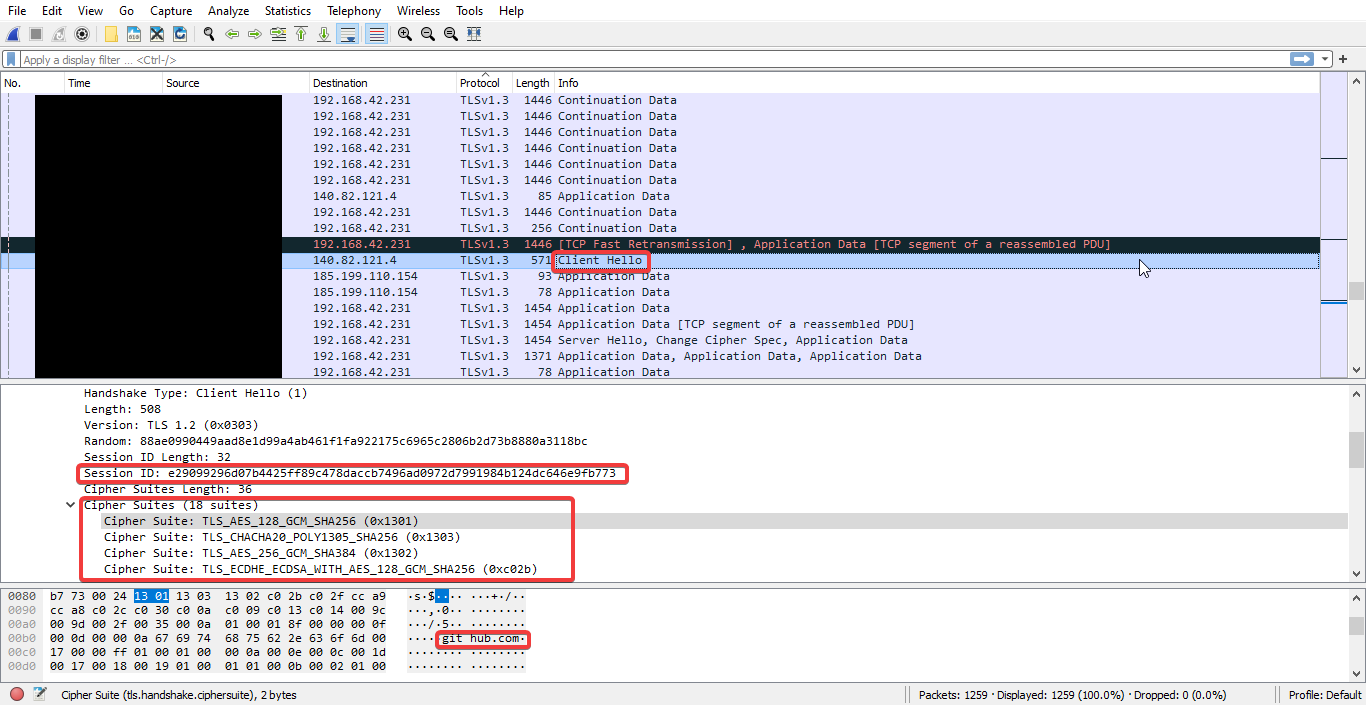 Armed with this knowledge, you can block the IP addresses used by these devices.

Applications evolve and are updated if the need arises. For example, the latest Firefox version at the time of writing is 91.0.2, which uses TLS 1.3. If TLS fingerprinting reveals a TLS Client Hello for a Firefox version using TLS 1.0 or TLS 1.1, both of which lack recommended cryptographic algorithms according to IETF, you can inform the user to update their browsers. You can block them from accessing your website or network as a last resort.

Join our Discord to chat with us about our fingerprinting research

We have dropped the "JS" and are now known as Fingerprint. Read more about our decision and how this impacts our customers.

[WEBINAR] Why Accuracy is Everything in Device Identification

You're invited to our June 14th webinar where we'll discuss our 99.5% accuracy claims with both our CTO and our Head of Product. You'll learn how Fingerprint Pro is there to help you with industry-leading 99.5% accuracy while detecting returning browsers or devices.

We have dropped the "JS" and are now known as Fingerprint. Read more about our decision and how this impacts our customers.

[WEBINAR] Why Accuracy is Everything in Device Identification

You're invited to our June 14th webinar where we'll discuss our 99.5% accuracy claims with both our CTO and our Head of Product. You'll learn how Fingerprint Pro is there to help you with industry-leading 99.5% accuracy while detecting returning browsers or devices.